Manually transferring photos from an iOS device to a Windows PC 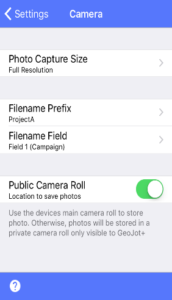 If you have the camera roll set to public you can plug the camera in via a USB cable and use the Windows Import Pictures and Video dialog to import the photos from the device. If you have personal photos on the same device be sure to use the “Review, organize, and group items to import” settings when that dialog box comes up. Then you can select the GeoJot+ photos and import them to the local machine.

If you have the camera roll set to private (under settings>camera>Public Camera Roll) then the photos will not be visible to the iOS photos app.

To access the photos that are on the private roll you need to either transfer them via email, the cloud, or use a 3rd-party browsing software like iFunbox or iMazing. If you do use iFunbox*, with the phone connected, Run iFunBox and select “Apps” from the menu on the left: 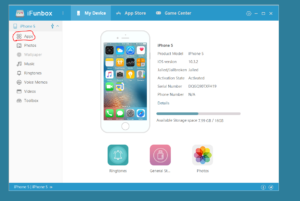 Then click on the folder icon next to GeoJot+: 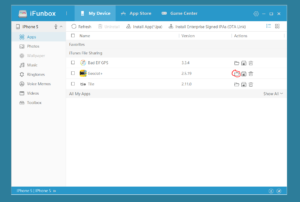 From there you will see a Photos folder with the private roll pictures in it and you can copy them to the local machine: 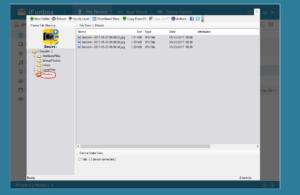 *Note – iFunBox requires that iTunes be installed in order to recognize the iOS device connected to the system.

** If you change the switch from Private to Public then any new photos will be viewable in the iOS photos app but the photos currently in the Private Roll will remain there and will not be accessible from within the app. You can restore then by switching back to the Private roll. The caveat is that when the photos are set to public, the data cannot be modified in the app after being initially entered. This came about when iOS 8.3 was released and we needed to find a way to allow users that wanted to edit captured data in the field a way to do that.